Hey 2016, I’ll admit you weren’t the best year ever. But you probably weren’t the worst either. 1348 has a pretty decent hold on that title IMHO (#GoogleIt). I’ll also admit I joined in the “2016 is the worst” trend a bit, but that’s called commenting on current events. The desire to commiserate with others didn’t magically materialize last year. That’s called empathy & community.

As 2016 wrapped up, I made a point to gather a mental catalog of all I was thankful for about the year. Here are a few pages from that catalog.

In 2016, I uncovered more clarity around what I want for my family, and my goals for us moving forward. Those goals are still being shaped, and I expect them to sharpen and clarify with the years, but through experience, observation, and discussion, the focus ring is moving and they’re coming into view.

I may be a right-brainer by tendency, but I’m a list-maker & I embrace process because I believe it creates freedom. One of the biggest improvements to my work life was one I started in 2016: adopting the Stephen Covey Priority Matrix. It’s a simple concept: dividing your tasks into categories by urgency and timeliness. I’ve adapted it to work best for me, and once you get in the habit, it’s a huge help to those of us who sometimes feel like Hammy from “Over the Hedge”- SQUIRREL!

There was a moment this year where I’d just wrapped up a work project, and I had a clear, poignant moment of satisfaction. I realized I loved what I was doing. And then like being hit by the 4:05 from ObviousVille, I saw the reason why. I was using the skills I spent 6+ years of college building: writing & speaking. (Dear Mom and Dad, thanks for that!) I’m thankful for a job where I can harness those skills to support a common goal, make a difference, and learn from a ton of great people. Work takes up a hefty chunk of our waking hours on this rock, so here’s a thought: keep trying stuff. Keep on trying and failing until you find what you’re good at. Those moments are worth it.

This picture (captured by my favorite shutterbug Yiqian) is the last sunset of 2016, from Carmel Beach in Northern California.

One of those pieces of clarity I found for my family this year is the determination to put experiences over stuff. This year for Christmas, we didn’t really do gifts for each other. We took a trip to the Bay Area for 2 weeks–our favorite place in this big country. That was the best gift we could have given ourselves, and the only one we really needed. Sure, there were moments when taking two toddlers across the country seemed about as logical as taking a mountain goat to an opera, but it was 100% worth it. Standing on that beach with my family watching the year’s last sun sink beneath the waves is a moment I’ll have forever.

The sun has set on 2016, and it’s a new year. Don’t move on too fast before you take a moment to gather up the good, spread it around you, and be thankful. And then look forward to the good of 2017. 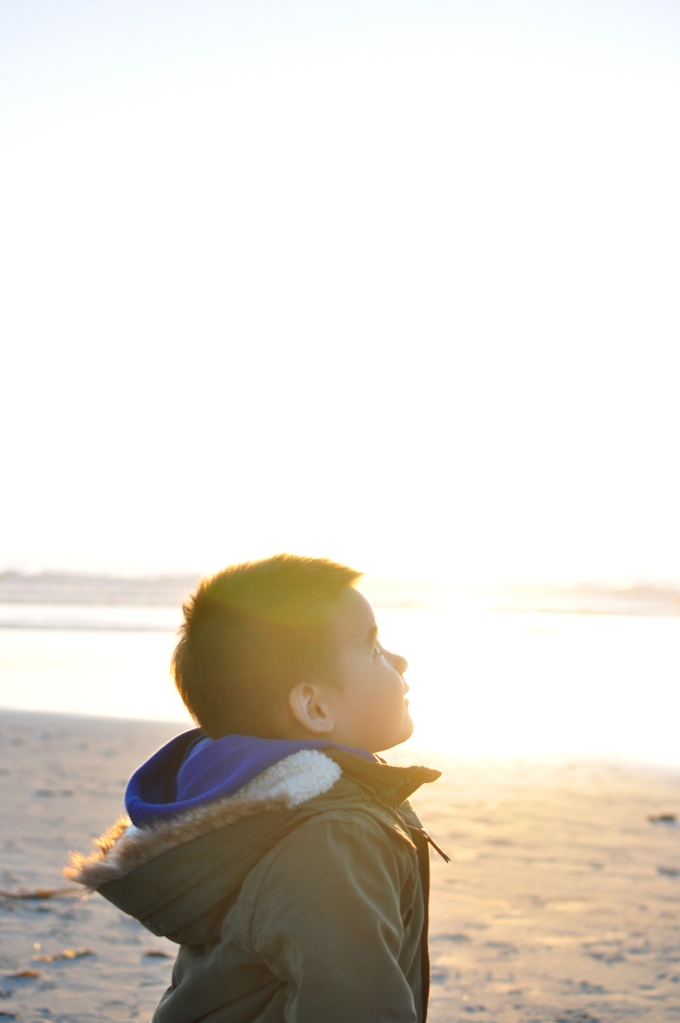